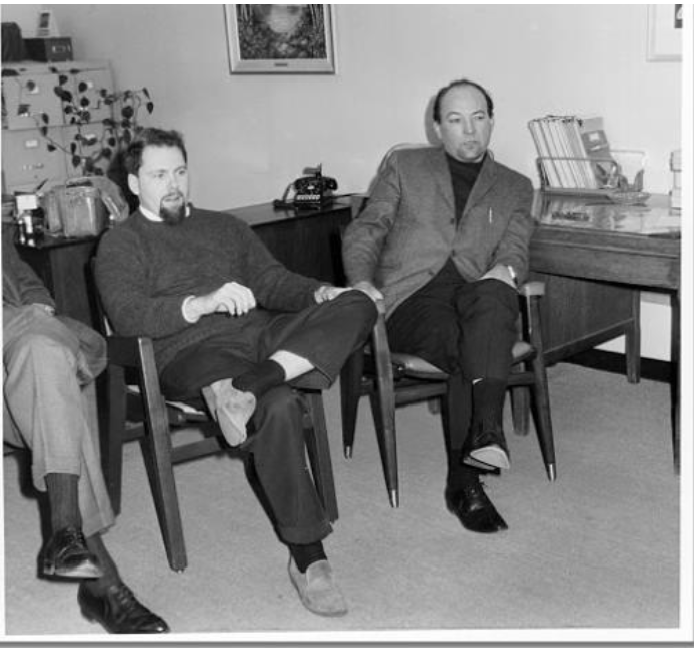 “All the works of art I most admire seem to have one thing in common: an “after-image” – something about the painting that lingers in the mind and makes one want to come back to it.”-Tony Urquhart

In the late sixties and seventies, Canadian writers and artists from coast to coast embraced the belief that art is only made out of the specifics of life, place, and time. Tony Urquhart was one of many, but he was a leader and one of the strongest, most influential voices. It was not the case that they rejected all art made in ‘art centres’, but that they rejected the right of any group or person to prescribe what their art should be defined as. They sought out and found, in their lives and localities, the stuff of their art.

Member of The Heart of London group, Anthony Morse Urquhart is recognized as one of Canada’s pioneering abstractionists and regionalists. In 1967, with Jack Chambers, he helped found CAR/FAC (Canadian Artists Representation/Frontes des artistes canadiens), a ‘union’ of artists that first established a fee schedule for public gallery exhibitions and museums of contemporary artists. Tony Urquhart began his career as a painter, exhibiting for the first time at the age of 22 with Isaacs Gallery (one of Toronto’s most cutting-edge art venues, which emerged in the mid-1950s). At the time, Urquhart’s influence came from Buffalo, directly from New York Abstract Expressionists, and in 1956 the influence of this movement was still rather new to the Toronto public.

Urquhart moved to London from Niagara in 1960 and was the first artist-in-residence at the University of Western Ontario. The University’s McIntosh Art Gallery opened in 1942 and was the first university art gallery in Ontario. But it wasn’t until Urquhart was appointed as an artist-in-residence that the gallery took off. Essentially, Urquhart ran the place for four years starting in 1960, mounting approximately ten shows each year and was one of a small handful of artists responsible for generating the excitement and community engagement that garnered national acclaim for the growing London art scene.

Writing in the Journal Art in America in 1969, Barry Lord called London, Ontario, “one of Canada’s four major art scenes.” He declared the city, “livelier than Toronto, younger than Montreal, vying with Vancouver in sheer quantity of output and variety…” In many ways, he declared it the most important of the four. From the 1960s onward through to the end of the 1980s, the unlikely city of London in Southwestern Ontario drew the attention of the national and even international art media because of its energetic community of artists, poets, filmmakers, musicians, and activists ,who as a community, collectively became known as the London Regionalists, or quite often more simply, as the Regionalists.

Scholars of literature and art history in Canada have often applied the notion of regionalism to the study of Canadian culture. Because of the large size of the country, and the distances between its urban centres, artistic movements have often fomented in relative isolation from one another. In these cases, regionalism signifies the location of production, and often the relationship of that locality to centres of influence where the presentation, circulation, and reception of art takes place. Furthermore, what brought artists together was not a particular approach to art-making but, instead a shared desire to produce work out of personal and local experiences. London’s co-operative galleries, museums, and publications were small and very dedicated to decidedly local subject matter. Artists, such as Tony Urquhart who administered them were quite young and their limited means and boundless energy shaped the early direction of their arrestingly original institutions. Having an artist such as Tony Urquhart at the centre of the McIntosh Gallery’s curatorial operations was advantageous and indicative of the broader regional trend towards empowered artists, culminating in 1968 with the formation of CAR/FAC.

For Vancouver poet George Bowering, London Regionalism was a “performance of a social consciousness.” London artists heard Toronto critics “speak of the Souwestern experience as regional and they cheerfully adopted the word from inside their space, changing it from a mild insult to an affirmation of their cohesiveness.” 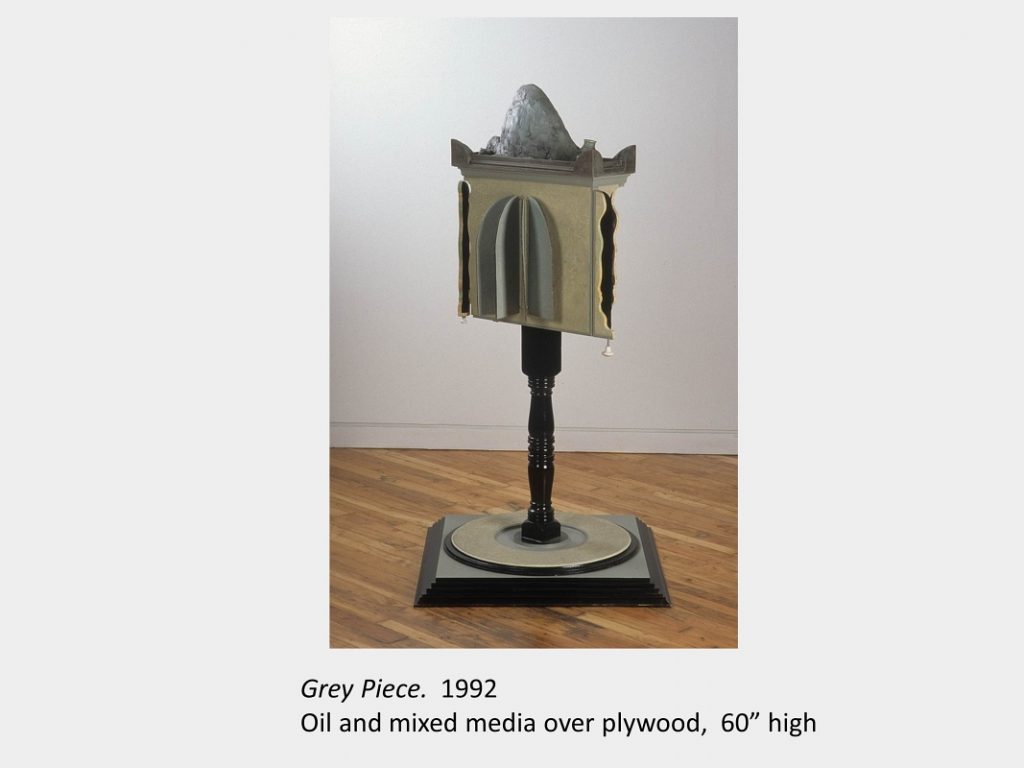 One critical component of the ideology of Regionalism identified by Bowering was collectivism. He wrote, “I do remember the eager hubbub of those London, Ont. Regionalists; Their homemade art galleries, ironic picnics, theatre workshops, their gladsome business. They gathered.” In fact, because of the city’s small size, relative isolation, and fairly conservative art establishment, London artists such as Tony Urquhart were among the earliest and most enthusiastic innovators of artist cooperatives in Canada. Pooling their resources in this way gave young artists more professional options for publishing and exhibiting their work at the very start of the 1960s.

In contrast to Jack Chambers’ domestic and deeply personal subject matter and Greg Curnoe’s oeuvres chronicling daily experiences centred on Canadian politics, and popular culture, Tony Urquhart was ready to begin a revolutionary stage in his career exploring the meaning of regionalism, landscape and performance art. During 1963 and 1964, while travelling in France and Spain, Urquhart describes his new fascination with local European “things” and what he saw as limitations of two-dimensional painting : “I had been wanting more of a presence in my two-dimensional work and that year I saw much three-dimensional work, most of which was not ‘art,’ but nevertheless had the indefinable presence I sought. Such things as scarecrows in Spain or truck scales in France took on an excitement for me that many works in traditional galleries no longer had. I also did a lot of reading and thinking that year. The result was that I returned home as a ‘thing-maker’.”

Urquhart’s first “box” was exhibited a year later in 1965, a tiny 4” x 5″ construction called The Decadent Cube. For Urquhart, the three-dimensional form permitted the outward projection of his inner vision: his imaginary landscape constructs. He insists that every object ever made by him was just naturally meant to be painted. Urquhart continues to consider himself a landscape painter to this day as he brings to life his three-dimensional works with vibrant strokes of paint.

Urquhart’s intrinsic opening-box sculptures require not just the viewer’s attention but require also the viewer’s participation. Unlike other conventional works of art, the boxes are meant to be handled and touched – carefully – by gallery visitors. Crafted mostly of wood and incorporating a selection of found and invented materials, the boxes are crafted with intent to evoke nostalgic memories and feelings, or produce an unprecedented reaction in the viewer such as wonder, curiosity or even frustration as they limit access to the interior of these sculptures on a visual field. Along with Urquhart’s brightly painted exteriors, these three-dimensional sculptures come with hinged doors, a pedestal-like support and a beautifully deliberate colour pallette.

In Fourteen Rings, a box sculpture held in the MacKenzie Art Gallery collection, Urquhart presents another box with an intriguing title. What are the fourteen rings and where are they? What do they mean and what happens if you touch them? With this work, he reminds the viewer that the exploration of the interior mysteries of the box can be far more rewarding than admiring familiar and predictable exteriors. By pushing viewers towards thinking about what’s inside the box he is encouraging them to think outside the box. The influence of Regionalism on Urquhart’s own artwork and involvement becomes apparent through his artistic and bureaucratic roles as they coexisted to cultivate the Regionalist movement and influence the direction of modern artist collectivism in Canada. An avid leader for decades in his own beloved community, Tony Urquhart along with the Regionalists opened a new chapter for art in Canada right here in London Ontario.

A pioneering Canadian abstractionist, Tony Urquhart was named to the Order of Canada in 1995. He is the winner of the 2009 Governor General’s Award in Media and Visual Arts, and winner of the CAR/FAC Outstanding Contribution Award. His beautiful paintings, drawings, and unique “boxes” have received major recognition at home in London, Ontario and abroad. In regards to both his activism for artists’ rights and his distinguished teaching career, he has played an extraordinary crucial role in the development of contemporary art in Canada. In the end, Tony Urquhart has not only assisted artists and creators alike through CAR/FAC, but has served as one of the catalysts for London, Ontario’s most prosperous era for artists and “thing-makers” alike, and paved the way for the London art scene to become of national importance.

Permission to use the images  was granted by Tony and Jane Urquhart.

The Tony Urquhart article  is the third publication of a series of articles and interviews from the Senior Artists Writing Project. This Project is gratefully funded by the London Arts Council.